A sunny day in Windsor

21st April 2018 was very hot.  The crowds were out in force and I delivered cries either side of the changing of the guard to inform everyone about the cannons being fired at noon to celebrate her majesty’s birthday.

In between there was a chance for a quick chat and do a little filming with crews from both french television and also the BBC’s The One Show.

Then it was off to the long walk to get things started by leading the crowd in a shout of ‘Happy Birthday Your Majesty’ before the Mayor lit the first of our 21 mini cannons. 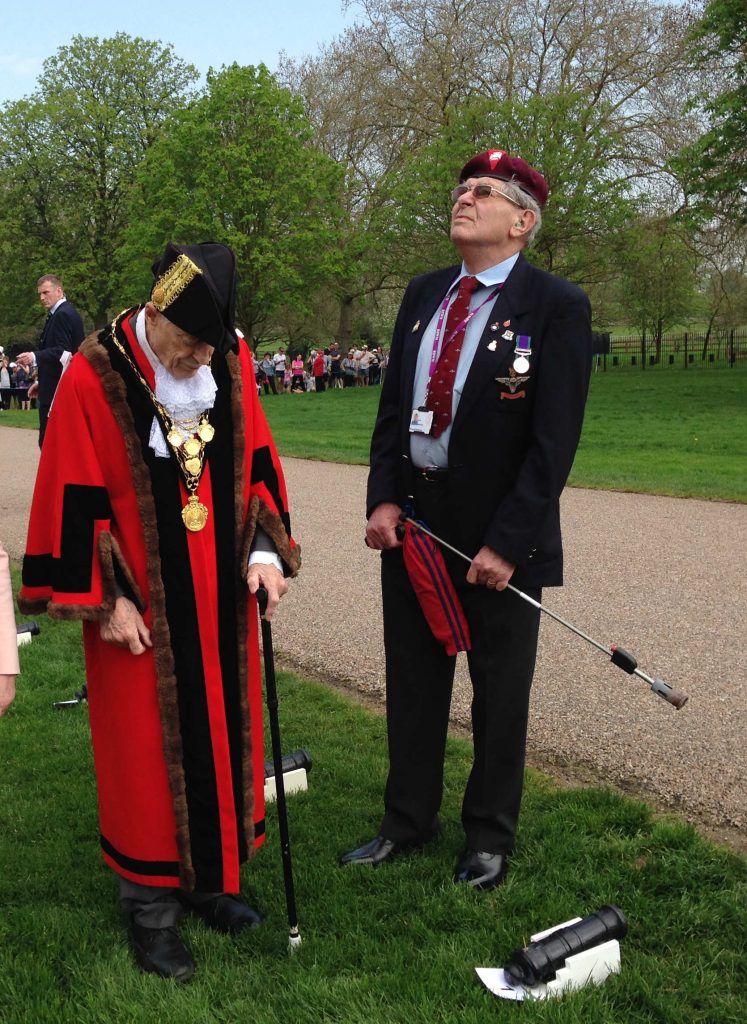 The wonderful thing about the cannons is that though they are, lets face it, tiny little things, they do deliver a deafening blast which always shocks those visitors who are there for the first time. As it was again the weekend (last year the 21st fell on a sunday) we had a nice big crowd turn up for the event.