The day started with a procession through town escorted by the local militia and a youth marching band. There were 17 of us in full livery,  ringing our bells and stopping the morning traffic of Wimborne Minster. I really enjoyed that and was quite sorry when we actually stopped in the Minster Green for round one of the competition.

This started with a very loud musket shot ‘to ward away evil spirits’ although one poor girl in the audience was so shocked by the loud bang that she started crying hysterically and had to be led away before the event even began.

As this was my first competition I was a bit nervous, but noticed some of the others were too. Some people take these things very seriously. However everyone was very welcoming and friendly and when I stepped up I felt I would do OK. 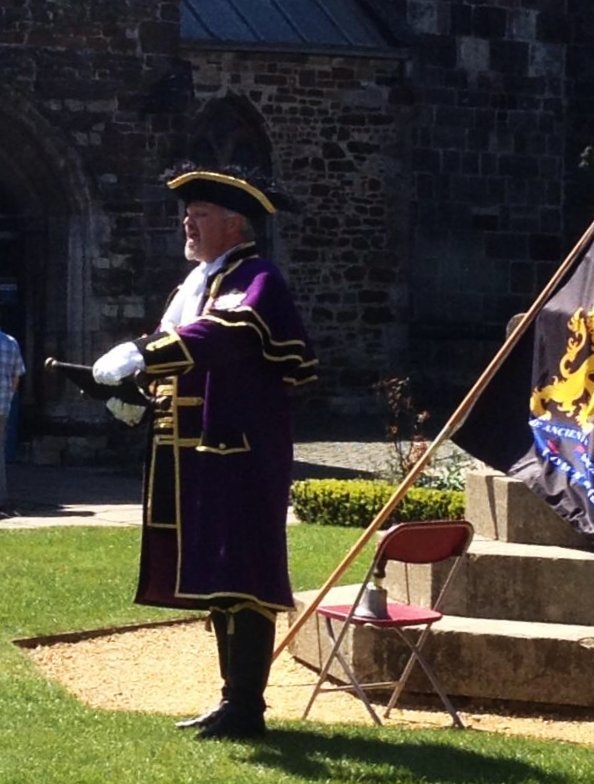 My first cry was on the subject of my home borough.  I mentioned a few attractions (The Fat Duck, The Thames, Legoland and Windsor Castle) in a 120 word proclamation.  However at the end of the cry I left my bell on stage and so got heckled by all the other criers to let me know I had made a pretty cardinal error for a town crier. Very embarrassing but all very good natured fun.

After a lunch of sausages and mash we were on to round two.

This time we were asked to deliver  a cry about ‘anything you like’. I delivered a piece ‘ in praise of the lego brick’ which was well received and got a couple of laughs. Then Christian Ashdown from Haslemere (who had been drawn to cry first in both rounds, poor chap) suggested that because of the heat it would be entirely proper for us to pop across the road for an Ice Cream. Three of us went round the other side of the hedge and sat in the shade eating rum and raisin cornets to the clear delight of the shop owner who took dozens of photos.

Then back to catch the last few criers in action and all too soon the competition was over.

I felt I had aquitted myself well (aside from leaving the bell) but there were other criers who were definitely  louder and had better inflection than I did so I really wasn’t surprised not to be placed in the top three. The competition was won by Andrew from Swanage.

However I had a really good time, made some new friends and learned a lot more about town crying. Chris and I did a short iterview for a local radio station and  I also got plenty of compliments on the Royal Borough’s livery (purple is very ‘in’ this year it seems) .

Thanks to Chris and everyone in Wimborne Minster that made my first town crier competition such an enjoyable event. 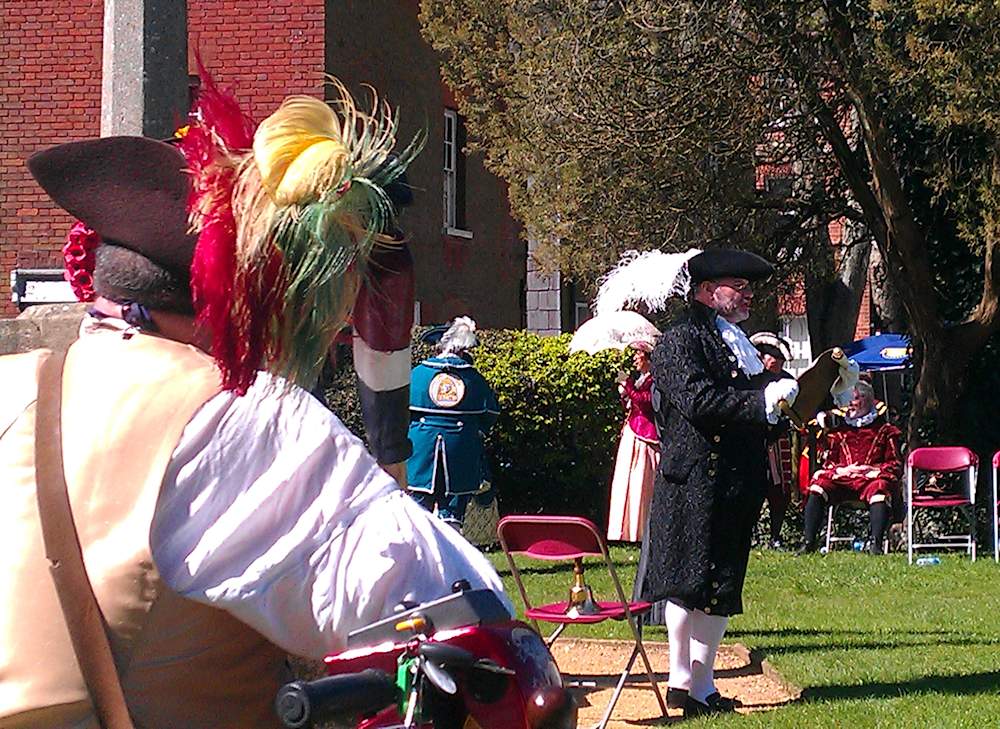