On Wednesday 20th April 2016 Her Majesty came to Alexandra Park the day before her 90th birthday.

I was asked to introduce the event to the invited audience and so about half an hour before her Majesty’s arrival I ascended the bandstand, read out a cry and to help get people into a party mood. 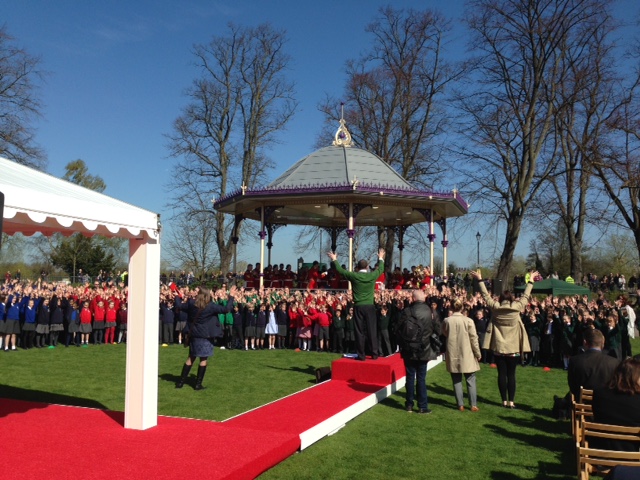 Then, with my duties over with I stood at the back enjoying the band and choirs final rehearsals before the guests of honour arrived. 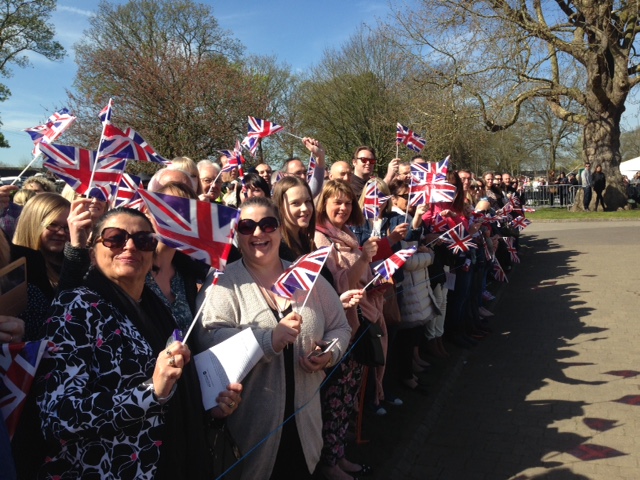 The crowd were happy to wave union jacks and cheer as The Queen listened to songs (including the obligatory ‘Happy Birthday’) and watched a youth theatre group perform some of  Romeo and Juliet before taking a tour of the Bandstand herself. 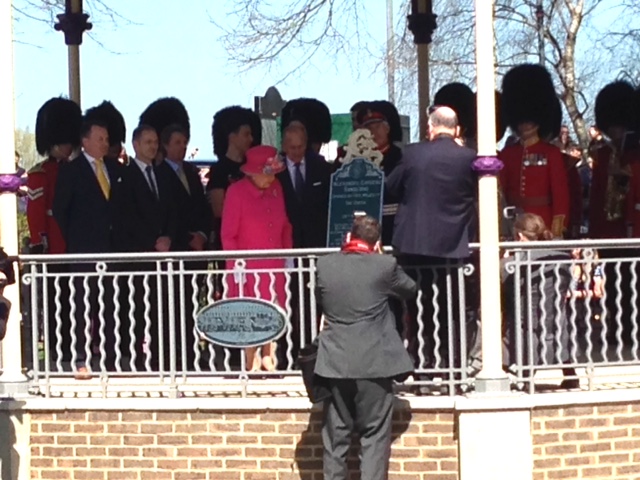 The Queen unveiled a new gate plaque that follows the same design as an earlier plaque from the original opening of the gardens more than a century ago.

The next day was the big birthday proper and I arrived in the town centre about half past nine in the morning. There was already a huge crowd and so my first duty of the day was to inform everyone of the timetable for the days events. 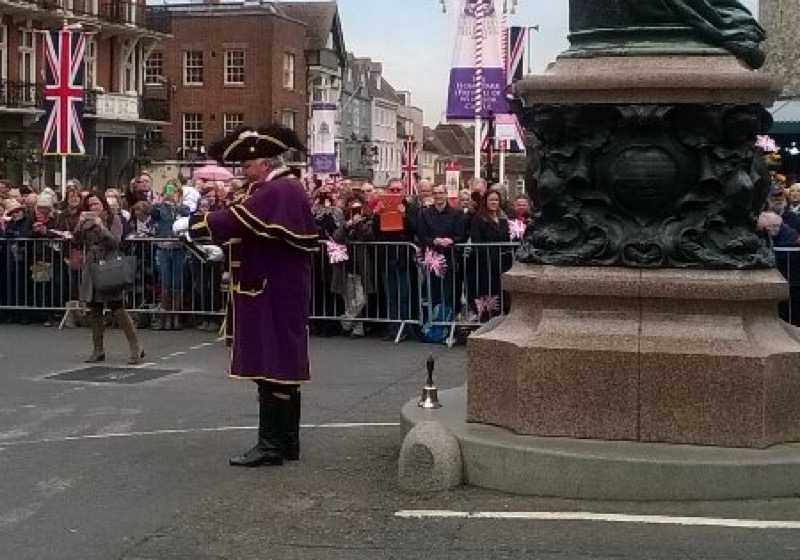 I delivered my proclamation from the traditional spot by the Queen Victoria Statue (close to the site of where the old town cross once stood) and the cheers when I finished with the obligatory ‘God Save the Queen’ were deafening. It was certain the crowd were excited that they were going to be seeing Her Majesty at close quarters.

One TV crew (who will remain nameless) asked my opinion on the royal family’s future and whether I agreed with any of the criticisms the interviewer raised. I politely pointed out that as the official Town Crier of the Royal Borough, they might reflect that there was a big clue in my job title that I was never, ever going to answer silly questions of that nature. 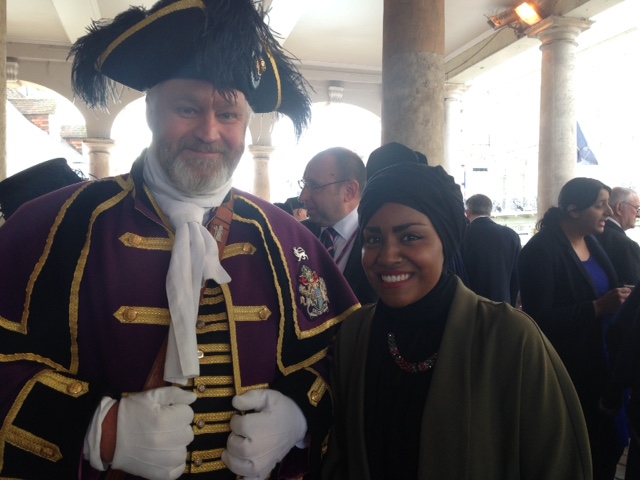 My next task was at the Guildhall, leading the Councillors in three cheers as Her Majesty came up to the corn exchange at the end of her walkabout. Before her arrival I enjoyed a chat with Nadiya Hussein who won the BBC’s Great British Bake Off show and had been invited to bake a Birthday Cake for the Queen.

Her Majesty chatted to a number of invited guests who were sharing their birthdays with the Queen and she cut the cake that Nadiya had baked. The deputy mayor handed over a beautifully wrapped birthday gift too. 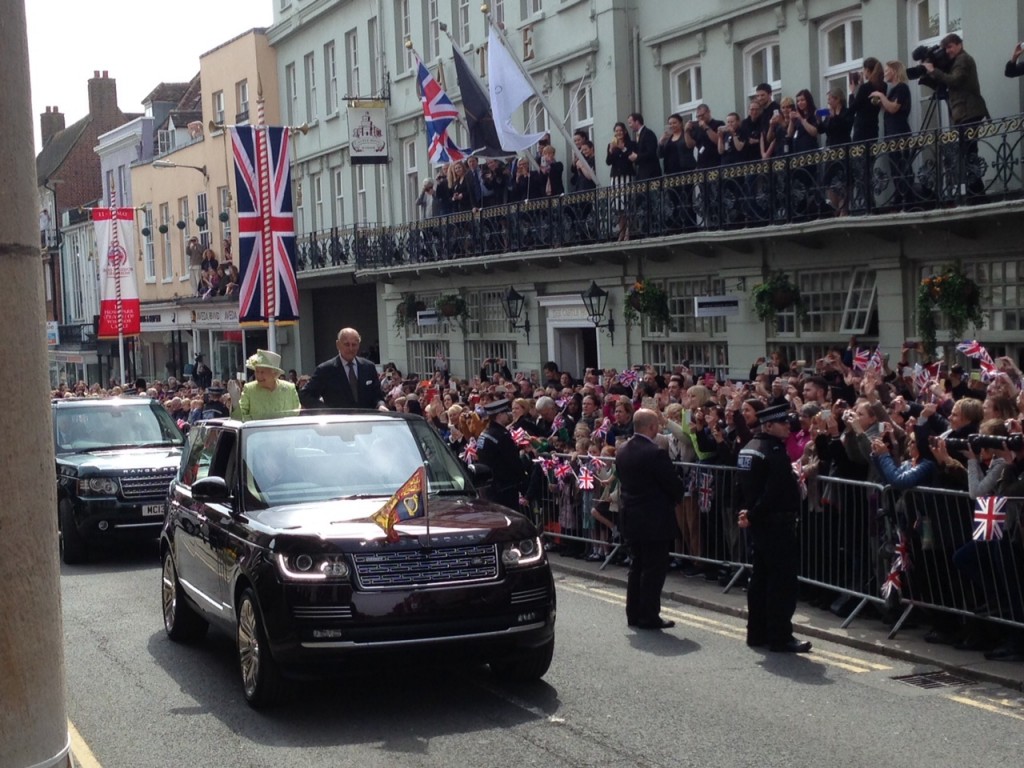 I stood at the railings and  (in a dreadful breach of protocol) waved with everyone else as she went past. Happy to report that we got a huge smile and friendly wave back. 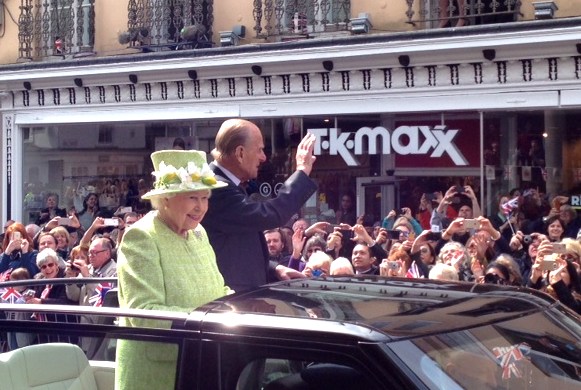 Then for me it was back to the Queen Victoria Statue to remind people of the next events on today’s schedule. I urged the crowd to join the Mayor on the long walk for the traditional 21 gun salute at 2.30pm and then went off in search of a quiet corner to eat my packed lunch (yes, its a glamourous life being town crier).

Then it was back to the Guildhall to chat with some of the nonogenerians (word of the week) who were about to enjoy a lunch with the Mayor in the beautiful surroundings of the Guildhall.

Leaving the Guildhall seemed to take forever as so many people wanted photographs and a chat, and I couldn’t say no, but I managed to get away down Park Street and on to the Long Walk with about 10 minutes to spare.

A bigger than usual crowd had gathered for the Cannon salute and many first timers were (as usual) shocked to see such small guns and as usual were equally shocked when the first was lit and a deafening boom blasted across the fields. I love this event and if you haven’t enjoyed the Windsor’s Mayor’s minature 21 gun salute on the Queen’s birthday, come next year… It’s a blast!

However, this time, with the national media in attendance we had to wait for a cue from the BBC TV crew before we could sing Happy Birthday to her Majesty live on air and fire off the guns.

Then there was another half hour of photos before I could leave the long walk and head back in to town.

It had been an absolutely wonderful day to be in Windsor and it wasn’t over yet. There was still the lighting of the beacons to come. 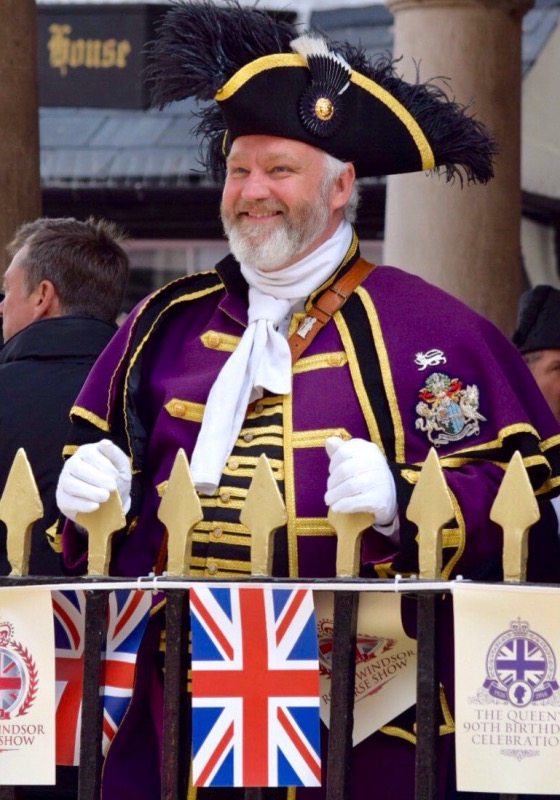