I had a lovely Saturday evening in Maidenhead town centre on the 10th December at the Norden Farm Lantern Parade. 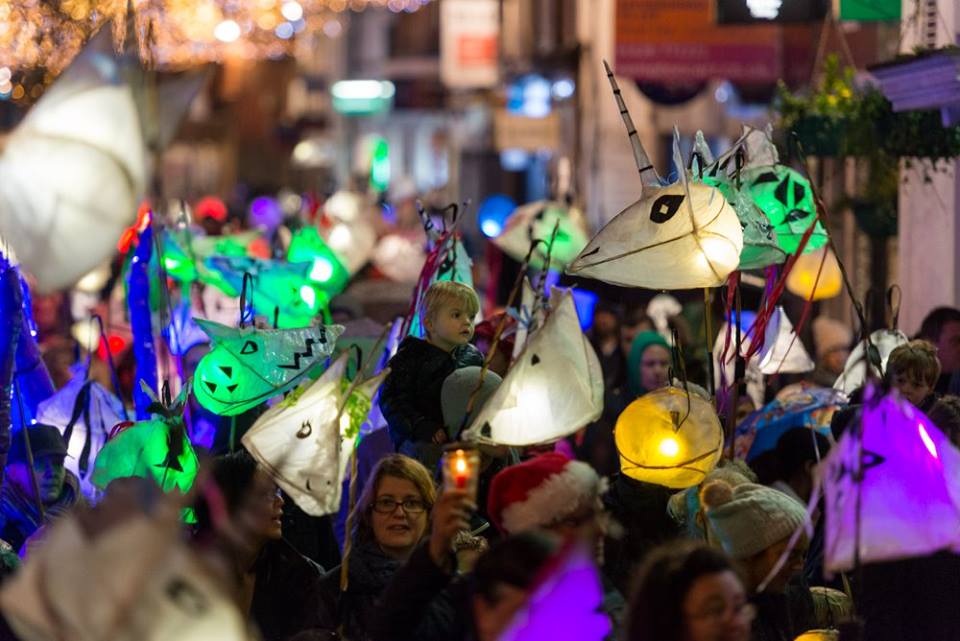 Close to 500 people took to the streets to follow a Samba band through town. Everyone carried beautifully crafted handmade lanterns, illuminating the procession to create an ever changing glowing ribbon of light. It really did look enchanting.

Seven local schools  along with other groups from various parts of the local community made lanterns seperately but it was only when they all came together on the night that the beautiful result was revealed.

An event for everyone

The organisers from Norden Farm Arts Centre (big shout out to Robyn and the team)  pulled off another brilliant success deserving mountains of praise. On that note it was also really heartening to see both the Mayor (cllr Luxton) and the Council leader (cllr Dudley) turning up to show their support. Their attendance at the start of the event was much appreciated. 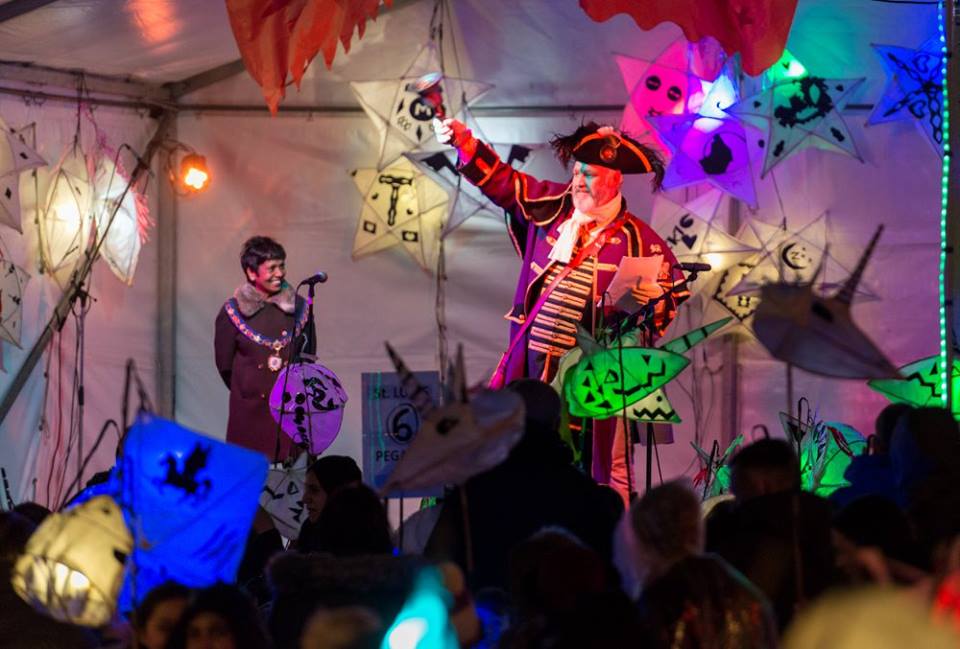 The Bollywood brass band did a terrific job of warming everyone up and after some announcements from yours truly the Mayor and Council Leader officially started the event; the Samba  rhythms began to beat and off we went. Up from the Town Hall to the high street and then past Nicholsons and all the way to King Street turning left each time to take us back in a big loop toward the Town Hall again almost an hour later. 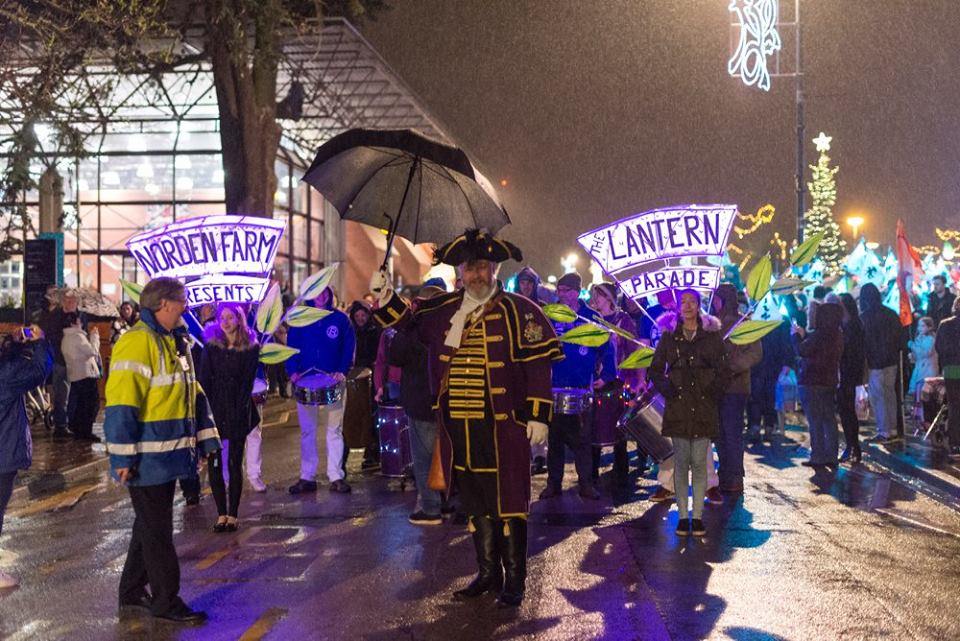 Perfect weather for it

A bit of rain came down but we didn’t let that dampen our spirits one bit. The band never stopped beating their amazing rhythms so I never stopped dancing. Well… I say dancing, but having watched the video they were recording on the night, perhaps ‘moving in a oddly amusing manner’ was the best that could be said of the town crier.

Thank You to Robyn for the Photos