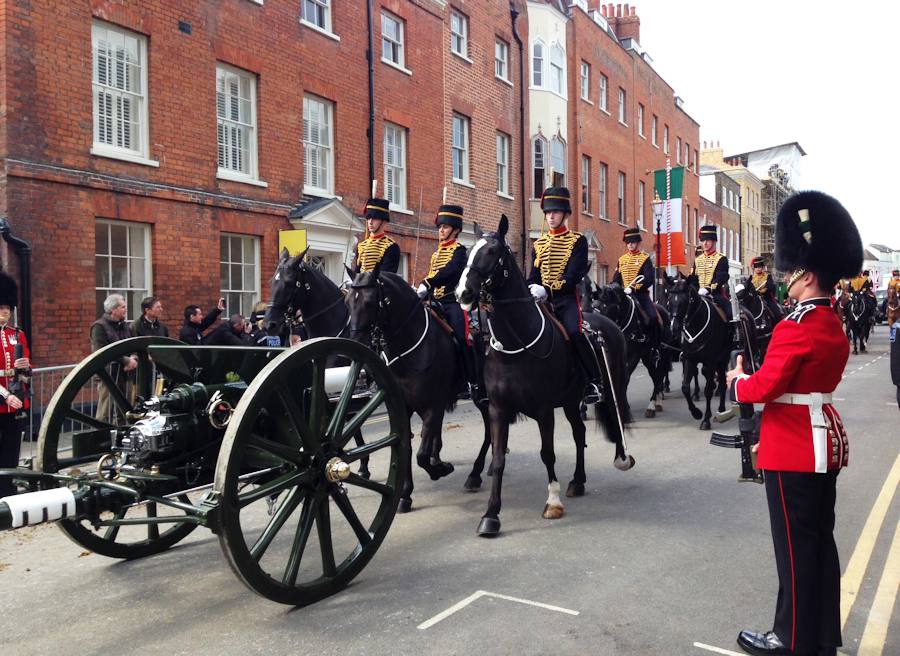 An historic day as President Michael D Higgins become the first head of state of the Republic of Ireland to make a full state ceremonial visit to the UK. Her majesty Queen Elizabeth II welcomed the President at Windsor on Datchet Road and a full cavalcade drove up to the castle.

I was out from 8.45 am meeting the crowds, handing out flags and being asked to endlessly repeat my proclamation for various camera crews, radio reporters and journalists.

Once the troops arrived my duties for the day were pretty much over except for a cry of ‘Hats Off’ for the councillors assembled at the Guildhall just before Her Majesty drove past.