Firstly it became clear yesterday that I have a strange shaped head. 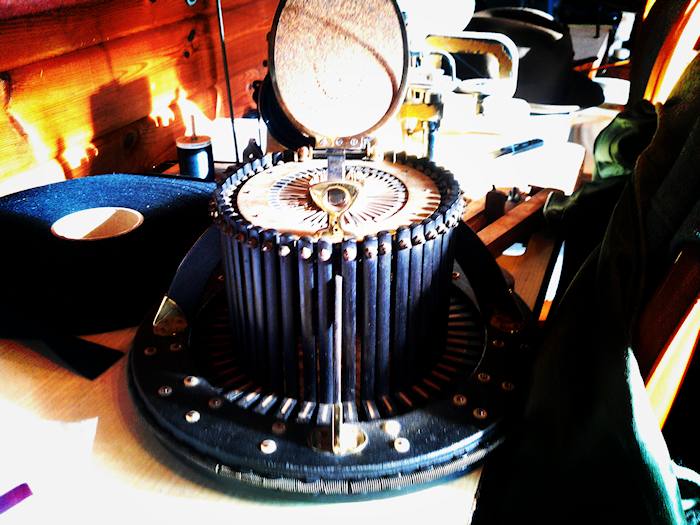 I visited Ascot Top Hats where the brilliant and irrepressible Doug Simpson placed this top-hat shaped contraption head to measure its exact shape. The big heavy wood and brass machine, itself a stunning piece of victoriana, punches pinholes in a card which show the hatter the exact shape of the wearer’s head. 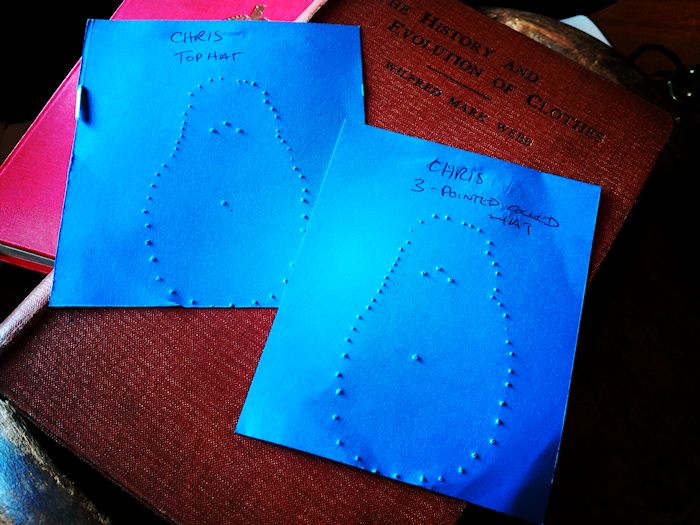 As is clear from the results I have a decidedly elongated head. Doug says it is a perfectly normal head shape, but the blue punched paper doesn’t lie. I clearly have a lopsided brain.

Next I got to try on a number of three cornered ‘cocked’ hats from Doug’s personal collection. 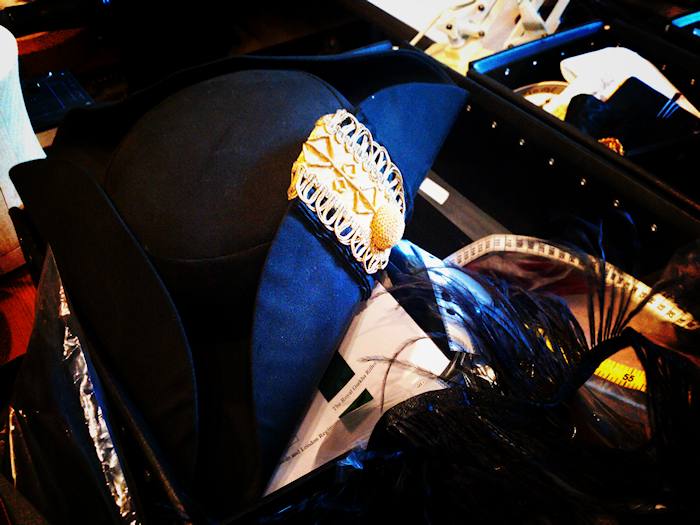 The hats themselves actually come in a bewildering array of sizes and finishes. I tried on a large hat which was popular in colonial America and a French style which made me look like Napoleon, but eventually we agreed a standard british tricorn (popular throughout most of the eighteenth century) would be most appropriate. It has a deeper bowl in the crown and curved sloping sides. 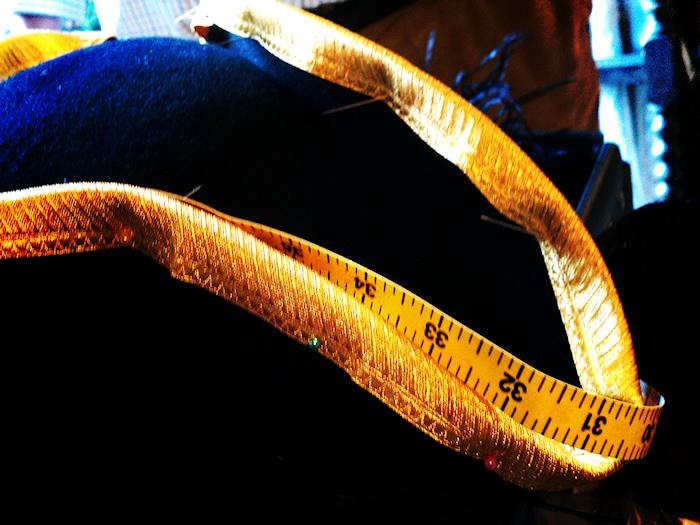 Doug showed me examples of the gold ‘lace’ that trims the edges of the hats. In a 1937 book of court dress we found an example of trim which features oak leaves and acorns. Since both appear in the RBWM coat of arms we thought this would be particularly appropriate and  a quick google check revealed that such lace could still be bought wholesale. The hat will need one and a half metres of the stuff. 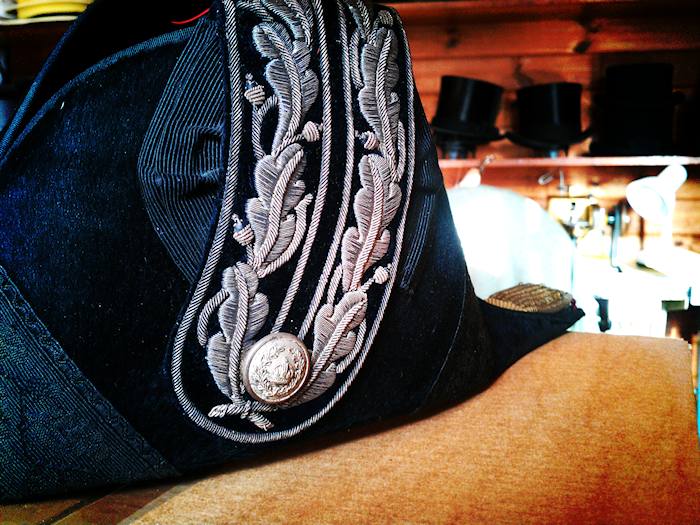 Next we looked at ‘cockades and plumes’ which are fancy words for the decorative gubbins on the side of a hat (think ‘rosettes’ and you will be in the right area).

According to the book, each cockade has a specific meaning and since one of the roles of a town crier is to chaperone the Mayor, it seems right to pick the particular style that denoted a chaperone. Behind the cockade should sit a short plume of feathers or horse hair tufts. The RBWM coat of arms features both a swan and a white horse so Doug suggested a plume combining both materials.

I phoned Swan Lifeline in Eton about getting hold of local feathers and they thought there would be no problem (remember the swans on the Thames are private property, owned by  Her Majesty, the Dyers and the Vintners); but that the swans only moult in summer so at the moment local feathers are not available.

However Doug does have some feathers he bought at a hat fair a few years ago so we could use these for the time being at least.